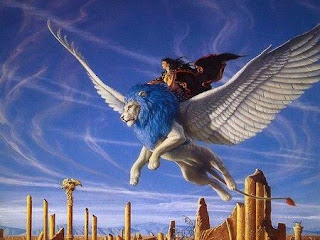 The term Star People or Starseed means that many on Earth are from other star systems, galaxies, even other universes.

A Starseed is a starborn mortal, a human being with alien DNA. Starseeds have been coming since the beginning of earth's history, getting experience in being human and learning many lessons, reincarnating over and over again, until they were ready for an "awakening" in the Age of Aquarius and the Ascension which happens in 2012. No, the world is not going end, nor is there going to be a second coming of Christ, like the Christian church teaches in the end times. But there will be a change, a new world...

All people have many past lives but everyone has to have an origin. The origin can be from the angelic realm, elemental (fairies), starborn, or earth born. The majority of people are, of course, earth born. But high number of people are what are called Starseeds, who are starborn humans.

This is going back 50,000 years or more. Most starseeds came to earth as energy and evolved into human beings on Atlantis... supposedly the very first continent inhabited on earth. It is believed by most Starseeds, Lightworkers, and Indigos that there is a Higher Power, a Creator, called God or Goddess by most of them, and that the Higher Power oversees not just earth, but all planets and the entire universe. This is about faith not about religion. And that when you reincarnate, you can incarnate to not just earth, but other planets as well.


Do you think you are a Star People?

Here are a few of the characteristics you may recognize.
These are from Michael and Aurora Ellegion book Prepare for the Landings:

This is the end of the NASA Star People list from Brad Steiger's work, but I would also add four more characteristics:

The majority of human beings have different reasons for coming to earth when compared to typical Star Seeds. Theirs is the path of spiritual learning and spiritual evolution through the Earth School of Learning. Many souls choose to incarnate on Earth many times (up to 200) in order to complete the spiritual learning that is available on here. Not all lifetimes within this cycle are experienced exclusively on Earth and there may be some life times elsewhere in the Universe where healing and restoration take place. These are not remembered by human beings consciously. However the density of Earth is such that repeated incarnations here often results in human beings losing their awareness of spiritual realities and their spiritual gifts. The physical plane of Earth dominates their consciousness to the point where they cannot even imagine extra terrestrial realties. For these Humans their focus is needed on everyday “earthly” matters and this is why they are not drawn to the Extra Terrestrial subjects. They need to learn how to master the lessons that the earth plane has to offer and this consumes their time and energy. And as such they are deeply consumed by the illusions of separation and lower consciousness that exist here. In this lost state the extraterrestrial origins have been forgotten and so there is little interest in this subject. In a way this state of forgetfulness serves them as they are allowed to focus intently on whatever the themes of their life are, without distraction from other realities and past extra terrestrial connections.

Prepare for the landings - http://www.scribd.com/doc/21761885/Prepare-for-the-Landings-Part-One-of-the-Divine-Blueprint-Series-by-Michael-and-Aurora-Ellegion

Sharellion
In this blog, I will write and show what I believe in. If you dont believe in this stuff, thats just fine ^^ I love you all, whoever you are and what ever you believe in... Namaste